♥ Avatar made by Akemie ♥
Top

Yep!
Maybe avoid CE, CE is too fast to show presents, so these would count as missed.
Top

How long can we find the presents? I'm on some sort of short holidays until sunday and can mostly only use the CE, otherwise I need to check if my laptop can handle Va too I guess.. 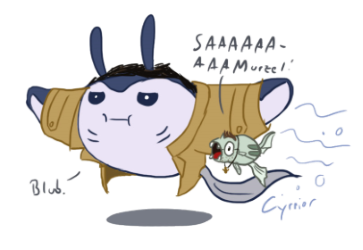 Avatar made by Akemie.
Picture in my signature made by Cyrrior.
Top

Last day of December should end all events regarding advent calendar.
Top

Ok that would be nice, because even when I could do it on my laptop I forgot to take a mouse with me and without a normal mouse normal clicking is not very possible for me. Don't know how to open tabs with the laptop integrated mousepad thing.

Avatar made by Akemie.
Picture in my signature made by Cyrrior.
Top

If I miss the present, will it appear in the backroom?

I've clicked more than 2k times, got 2 congratz but no present so far...

am I missing something? 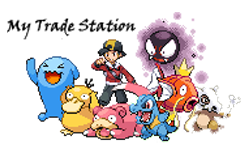 Avatar made by Black Kyurem :3
Top

I've clicked more than 2k times, got 2 congratz but no present so far...

am I missing something?

It's been close to 8k clicks for me and the only rewards i've gotten are the guarenteed sneasler promos..
Top

Yes, it should pop up in the backroom as a missed promo if you're using the CE.

@buschb
It isn't visible in CE. You could try clicking manually and check the tabs throuroughly, I noticed it pops up on banners, slot maschine image or other weird locations..
Top

As far as I know the CE doesn't give you gifts because the site does not reload while clicking. The CE-page itself can have a gift on it when you reload the page. Hard to explain >w< I personally clicked a bit and clicked around the site.

Yeah, I clicked 2k times by hand, not in the CE.

Turns out I was just unlucky

Avatar made by Black Kyurem :3
Top

Akemie wrote: ↑December 23rd, 2022, 1:04 pm As far as I know the CE doesn't give you gifts because the site does not reload while clicking. The CE-page itself can have a gift on it when you reload the page. Hard to explain >w< I personally clicked a bit and clicked around the site.

Can I click on random sites, e.g. forum pages, or should it be single Pokemon pages from users with a slot machine?
Top

I am currently encountering the problem that I get random error messages and can not reload it and I honestly suspect with the quantity it might be whenever a gift pops up. But it's hilarious despite having thousands of clicks and 3 congratz I did not get a single promo in there this entire month I dunno whether to laugh or cry haha. Do those gifts only pop up when feeding and could there be to uhm get around the error message?

Is the Stantler still around? I've been clicking around like crazy and the only two I have were the one's I had to pay the backroom for last night. And I'll be honest, not getting a head's up about what to look for and then seeing the backroom price get a 2.5x increase wasn't very fun.

I'm not trying to complain, but I feel we should have been told the price would increase beforehand.

The point of this calendar is to have fun, right? Loading random pages hoping the rng drops a gift, and hoping you don't miss it so you don't have to burn $25K is more stressful than fun.

Looking at the dex for it, I see many aren't having trouble finding it, which makes me wonder if I'm doing something wrong? I've barely been on the CE today, but that will change later because I need to make back the $50K I spent.

I'm not trying to be a sour sport, I love this calendar event as a whole, but today's event has not been fun. And please don't make the backroom $25K price permanent. That's almost triple its original price.

I am so sorry if this comes off as very negative, I don't mean it that way. I'm just expressing my honest thoughts, and I'm not always the best with words. I'm thankful the staff work as hard as they do to keep this great site running.
Avatar by: Akemie
Spoiler:

I just opened tabs with random adopts, checked if there was a gift and closed them if not (or clicked the gift if there was one).
I don't know on which pages gifts can spawn. I only know that people got them when opening pokemon to click them, after feeding them and in the Team Rocket Hideout.
I am pretty sure gifts can't appear in the forums. But only Yankee knows >w<

What also helps me finding the gifts is zooming all way out of the page. That way the gift boxes appear next to the page on the flower-pattern background and are easy to spot.

Syiren wrote: ↑December 23rd, 2022, 9:03 pm
Looking at the dex for it, I see many aren't having trouble finding it, which makes me wonder if I'm doing something wrong? I've barely been on the CE today, but that will change later because I need to make back the $50K I spent.


I have not once had any luck anywhere, not a single package and it's getting frustrating. Not having promo drops for months and i dunno if i am specifically cursed because my average clicking is between 500-1500 pokemon a day or if it's not sufficient.

I also very much appreciate the fun parts of the calendar, but i am not having fun with any of the promo drops or luck based things because man i do not have luck. I truly miss the puzzles and i hope they have a comeback one day, because i like the reliable: Solve a thing get a thing and puzzles are fun. Otherwise the calendar is beautiful. I just wish i was less cursed and it were a bit more relaxed because the holiday season is already so stressful haha

The gifts have a chance to randomly appear on page load so the CE is not a good place to hunt for them since it doesn't reload the page. It's just like the old 'gather materials' events from years before, though now for rapid clicking CE doesn't reload pages.

If you miss one it does appear in the Backroom.

The backroom's price was probably increased for the same reason egg credits requirement increased: clicking becoming much more rapid from the server upgrade. It was not increased for this event.
Tango's Trade Station
═══════»«═══════

They are rather frustratingly easy to miss and really work against the speed upgrades. I've missed 3 and just don't have that sort of cash and won't be building it up over the holidays. While I understand the general update to the Backroom cost it would have been a nice bonus to have kept it at 10k during this event.

Or, to have the gift codes sent in a Message to you so it doesn't feel punishing for trying to enjoy the not-lagginess of VA now
Tango's Trade Station
═══════»«═══════

Can"t find one deer either...

“You lied for me.” Sprigatito stated, when the conductor was out of hearing range. “I’ve been mean to you, but you lied for me, and now you are forbidden to eat more cookies until we reach Glaseado Mountain.”
Fuecoco shrugged, as far as it was possible with his physique. “I didn’t want you to get in trouble for pulling the brake.”
“And you? You could have blown the whistle on me.” she looked at Quaxly.
“That wouldn’t be in the spirit of Christmas.” he said.
“But lying is?”
“Fine, next time I won’t save your fluffy tail. Happy now?” he rolled his eyes.
“No… I just… ugh… Thank you!” she sighed.
A smile became visible on his face. “You’re welcome.”

The Glaseado Express was dashing inexorably through the snowy scenery, until Glaseado Mountain became visible in the distance.
All three Pokémon in the compartment were awestruck from the sight that presented itself to them. And the train didn’t stop at the foot of the mountain. It went straight up the steep, pushing the friends into their seats. Sprigatito glanced at the egg that she still held by her side, but it was just as motionless as it had been for the whole ride. Maybe, whatever was inside, hadn’t survived the cold of the snow.
And then, the train stopped.
The door to their compartment opened, and the conductor entered. “We’ve reached our destination! I hope you’re ready to visit the toy factory and afterward, you’re going to meet Santa!”
“I was hatched ready!” Quaxly whispered with glittering eyes.
“Okay, let’s see if this Santa Claus is real after all!” Sprigatito said with a challenging tone in her voice.
The conductor seemed to notice the red egg next to Sprigatito. “You should take that with you, if it is yours.”
“Of course!” she said and put it on her back again.

They had left the Glaseado Express behind them and wandered through the snow that covered the plateau of the mountaintop. Determined, the conductor led the way, and the three young Pokémon followed him.
“Behold!” he announced and made a powerful gesture with his clawed hands. “Santa’s toy factory!”
The massive building seemingly appeared out of nowhere in front of him, and he opened the door.
“What happened here?” Sprigatito heard him whispering to himself as his facial expression slipped.
The toy factory was in shambles. Broken toys covered the floor, and no soul was in sight.
Then he turned around to the three. “You stay here! I’ll have to go check on some things.” With that, he ran off, and left the three Pokémon standing in the entrance of the factory.
"It's getting cold out here. We should go inside." Quaxly decided and the others agreed.