Every announcement regarding Virtuadopt main site, or forums will come here.
Locked
2102 posts

It's 1st December, first day of Advent. We have prepared some things for you to do during that time.

As with each Christmas season on Virtuadopt, we begin it with the Advent Calendar. Starting today, you can adopt two special eggs available in the Adoption Center.

http://www.virtuadopt.com/advent_calendar.php
Make sure you visit daily because something new will be posted each day until the holidays are over.

We prepared another contest for you!
This is the Caring Christmas Musical Contest!

Good luck and have fun!

The promotional dog trio has retired from External Site Event. Though, the event is not over yet ... The bird trio is now available in shiny form. So take your chance and grab them!

Introducing the Click Exchange. For more information, check this topic.

A new species has been spotted on Virtuadopt:

Promotional Winter Solrock (or, as you may call him, Snowrock), is a random click prize. The chances are doubled, so you should be able to obtain one, if you work hard enough

Nobody knows how to get them though. Yet. Wanna try your luck in figuring it out?

The Christmas Plushie Workshop has arrived to Virtuadopt. However, they somehow lost their materials to sew new plushies... Maybe you would like to help them?

http://www.virtuadopt.com/plushies.php
The items are scattered around Virtuadopt. You may randomly find one of them while doing anything on site. If you bring enough materials, maybe the Workshop will be able to make
a plushie for you!

No new promo today. Though, you may want to be extra active today, since:

This will last only 24h.

09.12.2011
After tiring day of clicking, one day of rest. Stay tuned for new promos, available from tomorrow!

Holy Skarmory is available as a guaranteed click prize for two weeks. This means after a set number of clicks, you get one.

You should know already where to find those three

For the next 72h this Virtuadopt is available as an activity promo.
It is being awarded for just being active onsite/forums - nothing more, nothing less.
14.12.2011 OVER

Ghosts from the past visited VA once again. 72h. 72 re-released Virtuadopts. Wanna try your luck?

Simply go to the arcade and play a round, or two, or more.
You need to have Adobe Flash Player installed to play games.
17.12.2011

Also, Palkia & Dialga have replaced Latias & Latios in the Raffle. Wanna try to catch them?

Another day of rest - Enjoy the fourth Sunday in Advent and have a nice day!

Chances for the wrapping, scissors, and PokéBall that are required to get the plushies have been increased slightly for the next 24 hours. Don't forget the plushies themselves will retire soon.

For more information on this new feature, visit the Click Exchange topic.

Thank you very much for starting it!

Thanks but I hate Fall Egg's

They both look very nice! ^^ Oh nice!
Thank you very much for the new eggs. And I'm curious to see what events will await us :3

My first christmas at VA ^^ Thank you so much

I feel that the second one is saybeleye

Ount !
The new eggs look amazing, thank you ^^
feeling like a Drifloon this time...

Beautiful design of the eggs, Nautilus did a really great job here.
Even if I'm not in christmas mood now, I'm very exciting about what will going on on VA the next 4 weeks |3 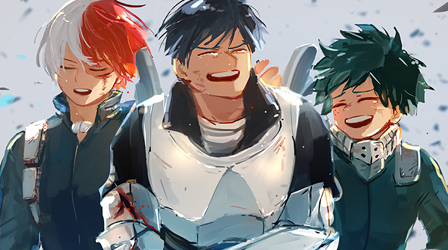 Thank you very much for starting it!

How exciting! Awesome looking eggs, too

they new monthly eggs are adorable

I wonder what will hatch^^

Thanks so much for the Calendar!! I love it!!<3

The new eggs are great and I will look every day into this calendar, even before getting up.

Thanks for the new eggs, they are really cute.^^
Top
Locked
2102 posts